To Do Business is to Conduct Oneself, Honesty is The First Factor. -----Hangzhou Ronghui Trade Ltd.

Abstract: “To do business is to conduct oneself, honesty is the first factor.” It’s said by the boss when we go to Hangzhou Ronghui Trade Co., LTD.. I think it’s quite reasonable. Today I will talk about Boss Long’s tips of running the used clothing factory.

“To do business is to conduct oneself, honesty is the first factor.” It’s said by the boss when we go toHangzhou Ronghui Trade Co., LTD.. And in his office, there’s also a signboard hanged which says “Honesty as Principle”. I think it’s quite reasonable. Today I will talk about Boss Long’s tips of running the used clothing factory.

Information of the factory:

Area of the workshop: 4000 square meters

As early as 2017, Boss Long just finished his haircutting business in Zhoushan and came to Hangzhou for development alone.

The Hunan fellow-townsman’s supermarket business in Hangzhou make him gain the first bucket of gold.


At that time, lots of Boss Long’s fellow-townsmen opened small-scaled supermarket in Hangzhou. Their business was thriving and unstoppable. By virtue of the regnant trend, Boss Long also started the supermarket business. He took root in Hangzhou and had his own family. Relying his outstanding moral quality and honesty, in the past 7 years, the maximum quantity of his market came up to 6. He could be said to be a real boss and this also made him gain his first bucket of gold.


He contacted with the industry of exporting used clothing by chance. He was interested and started it without delay.


Through a quite accidental opportunity, he came into contact with the industry of exporting used clothing and also by accident, he knew the founder of the website of used-clothing trade, Jason Fang. After getting to understand and exploring for 3 months, he decided to choose this industry without hesitation. He said: ”It ‘s a quite good industry. It’s a international trade industry which is good for the country and the people. I haven’t done this before and it’s definitely not as easy as in my imagination. However, I like challenge. I am going to do this industry and what’s more, I will do it well.” Thus, he started to know the market, the foreign countries and the whole process form the basis to export of the industry. After the handover of his supermarket business, he started to be busy about running factories and warehouses.


After running for over 1 month, Boss Long decided the address of the factory finally which was at Puyang Village in Xiaoshan District in Hangzhou. While during the process, he got to know Boss Zeng in Fujian. Boss Zeng promised to help and taught him more knowledge of the industry. This made Boss Long feel like finding a pair of wings. After the preparation for about 1 month, at the beginning of 2015, the factory finally was opened. For a new-opened factory, the fist problem to solve is the sale. While at the moment, through the introduction of Boss Zeng, the factory had 2 stable buyers. The sale problem was solved.


The crisis of the exchange rate came. He handled it calmly and steadily and get through the risk.


When they was making concerted effort to it and the business was into the right track gradually, the economical policy of Gome made the global price of oil keep falling and the exchange rate of dollars keep raising. Boss Long was calm but in fact, he was taking risk. As he said, the loss of money didn’t matter when doing business and what mattered was to conduct himself. Unless choosing not to do it, when he had decided to do it, he wanted to his best. Whether the situation was good or bad, he would solve the coming problems and found the most appropriate way to exist and develop. His guidelines could be roughly divided into 2 steps. First, when you want to conquer the outside, you have to manage the inside first. The operation mode, personnel assignment and funds allocation needed to be more reasonable. Moreover, he began to exploring how to decrease the cost efficiently and to increase the production capacity. He began to discover buyer-customers of high quality. After settling down, the second step was to meet more peers and to make the brand famous.


Peers help each other in unity and meet the challenges together.


The bosses of many enterprises are afraid to contact with their peers, however, Boss Long is different and he likes to know them. He says the companies in the future not only compete for management but also for resources. only by knowing peers constantly, can the resources be integrated efficiently. Just because of his open mind and honesty, there are more and more owners of companies getting to know him, No.2 Long of Hangzhou(because he’s the second eldest brother in his family so he’s called No.2 Long of Hangzhou). We believe that in the near future, Boss Long will occupy a certain field in this industry. At the same time, he accepts cooperation in any form and purchases used clothing for summer all around the country. If you also want to know such a friend with honesty and open mind and want to build a cooperation relationship with him, you can get in contact with him through our website. 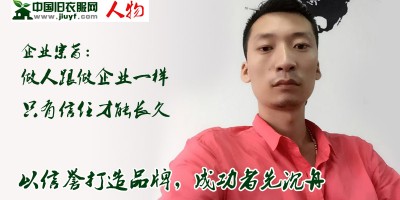