Abstract: As the biggest country for oil production in Africa, Nigeria plays an quite important part in the global oil market. Its oil export volume is ranked 6th in the world. Its economic strength is No.4 among the 53 African Union countries.

As the biggest country for oil production in Africa, Nigeria plays an quite important part in the global oil market. Its oil export volume is ranked 6th in the world. Its economic strength is No.4 among the 53 African Union countries. By rights, as a country which owns so much oil resources, the people should live a decent life, however, the reality in Nigeria that 70 percent of them live below $1 per day. Since the value of the crude oil decreased last year, the dollar reserve of the whole Africa has seriously declined, as a result, lots of used-clothes buyers can’t come to our country to buy used-clothes. Now, there is also the serious oil crisis appearing in Nigeria. According to information, the order of severity is appalling. For example, if you are in Nigeria now, you can hardly go abroad because there’s no oil for planes, cars and even ships.

So what impacts this situation has on Chinese used-clothes trade industry?

1. From the point of the quality demand, in a short time, the oil crisis will deepen the hit to local industrial economy, however, for demands of local used-clothes markets, it’s still basically stable. When there’s a economic depression in the whole African market, the market of low-level goods such as goods of level B may improve. But we think the local merchants will need goods of lever A of higher quality to correct the direction of the market and to stimulate the local used-clothes industry.

2. From the point of the order volume, we believe that the quantity of orders will stay in the basic level in a short time. That’s to say, it won’t change much. On one hand, RMB and dollars will keep strong, on the other hand, the demands of local markets is strong. The merchants will keep the order volume when it basically fit the market and look on.

3. From the point of price, we think that the price of used clothes can be lower to satisfy the demands of currency problem in Africa. Nowadays, the used clothes from Europe and America is quite competitive and for Chinese exporters, it’s a good timing to create their own competitiveness. Given to the limitation of the current industry in China, we believe the float of the price can be quite limited in the short run and this status will last to the end of this small-scaled change.

Information and Research Department of jiuyf.com

Used-clothes Trade is in Multiple Di 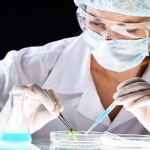 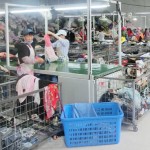